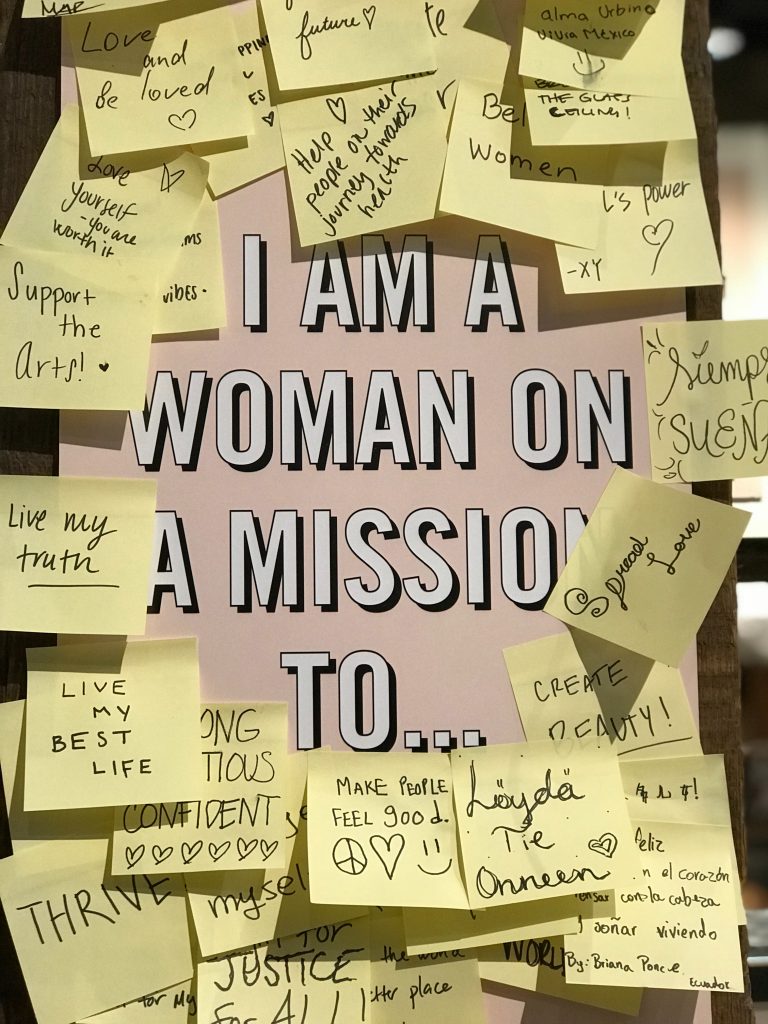 When I first spoke to Sarah, a year ago, she felt stuck, lost, and as though everything in her life was rubbish. She’d left a job in London she didn’t enjoy, visited Australia and decided that it wasn’t the place for her, and was back living with her parents in the North of England.

She didn’t have a job, she had no money, and she wasn’t happy with her home life. It felt as though she’d taken 20 steps back.

She was unhappy with her relationships, and unsure what to do or where to live. Should she return to London? Or move to Paris (her dream)?

She didn’t have any money for the fun things she likes to do, such as travel or visit galleries or the cinema, or do courses.

She was feeling negative and unmotivated.

Here’s what Sarah’s achieved in the past year:

She started working with young people, volunteering for an alternative education provision near her parent’s house.

This was a totally new field of work for her (she’d previously worked in the media industry) and she found that she loved it. She realised she was good at it. It led to paid part-time employment.

Sarah found job satisfaction – something she’d been lacking for a long time. She learned new skills. She felt fulfilled.

Then, a new role came up, working for an NGO with a social mission, engaging children and young people. Sarah moved to London.

And now, she’s started travelling with work. Some days she can work from home, meaning she has more of a work-life balance, something that is really important to her.

And she’s travelling again, and spending time in Paris as often as she can, speaking lots of French. She still has an eye on moving to Paris…

Sarah is turning her life around.

She has shifted from a place of despair to a place of possibility, of opportunity. She is suddenly seeing the things she had wished for coming true.

How did she do this?

She started contacting people, amongst others –

She wrote out a list of charities and social enterprises that appealed to her and sent in her CV.

Doing a CELTA teaching qualification (teaching English) was an appealing option – she asked people who had done it for advice.

She bought books about mindset and read them voraciously.

There were all sorts of local places where volunteering was an option, working with art, charities or children. Sarah created a list.

An internship at a social enterprise looked interesting – she applied.

A part-time role working for a charity on their marketing team came up, something she considered.

She learned lots about communicating, and about what she wanted and didn’t want.

It was really, really hard. She worked on it every day, making contact, applying for roles.

Sarah spoke to a coach (me!) because she knew that she needed help with focussing and taking action.

Importantly – she got over the idea that her next role would have to be forever, and therefore eased some of the pressure.

She considered ALL options.

She started to feel more positive as she started making progress.

It’s a step-by-step process. One that you can follow. It’s straightforward. Do one thing today to move yourself forward in your mission.

Send a message, an email, start an application.

Listen to a podcast.

Talk to someone else.

You get the picture.

It’s only when you start taking action that you start getting results. It might take a while, but you’ll be moving in the right direction.

Photo by Valentina Conde on Unsplash

One Reply to “Read this the next time you’re ready to give up on the idea of finding a job you actually like.”