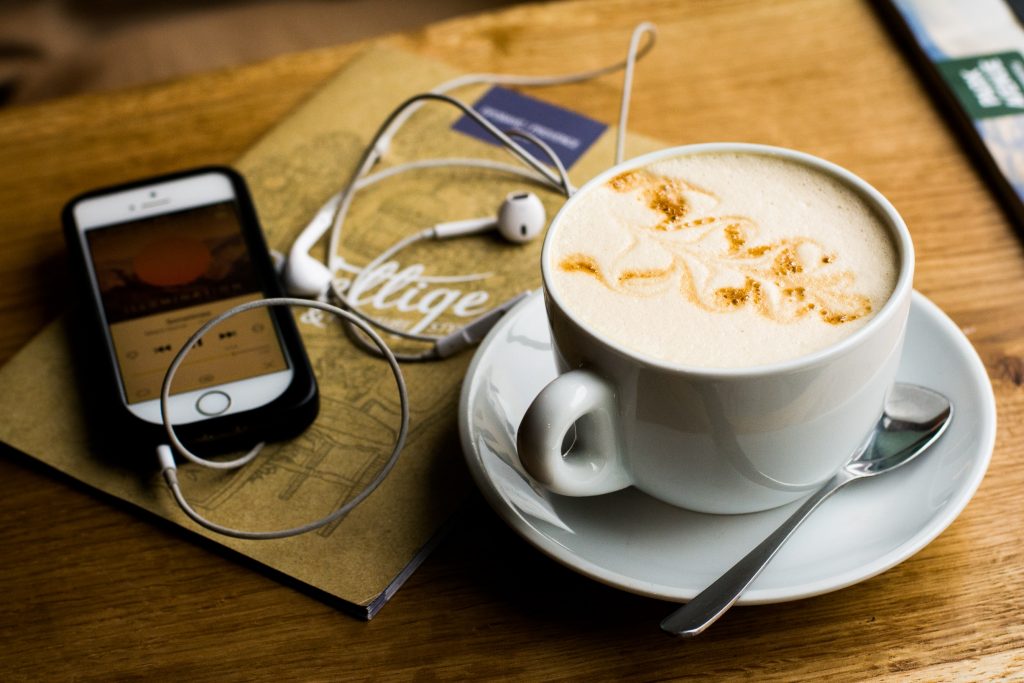 So, I was having a bad day…

Sometimes you read or hear something just at the right time and it feels like a mysterious sign. A while back I was having a bad day. Up until that point, my transition to moving to Spain has been fairly straightforward (forgetting the momentary panic of uncertainty around being able to rent out my flat).

But that day I had a general feeling of eurgh. Having left my London flat, I was staying with my parents before making the move to Spain. I had a day off work, I didn’t know what to do with myself, I felt restless, I felt tired, I was feeling sensitive. I started letting in all those horrible negative thoughts desperate to creep in. Thoughts such as “am I going to be lonely in Valencia, what if I feel like this, what if I’m aimless and listless and friendless, arghhhhhhh!”

…but a podcast changed everything

Thankfully I’ve figured out the best remedy whenever I’m feeling crappy, and that’s to take myself off for a walk and listen to a podcast. It was a lovely sunny Spring afternoon, and I ended up walking alongside the river. Before long I was feeling much more myself and my mood had lifted. Partly due to the walking in the sun, partly because I was listening to a podcast which particularly resonated with me that day (episode no. 120 of She Percolates).

The hosts were discussing the book Rising Strong by social scientist Brené Brown, and the idea of ‘Day Two’. ‘Day Two’ is the point between having (metaphorically) closed one door behind you (Day One), and being on a path somewhere new (Day Three). For example, you’ve left a job (Day One) and at some point you’ll start a new job (Day Three), but you’re right in that inbetween stage. On ‘Day Two’ it’s all a bit murky and you’re not quite sure where you’re heading. You’re feeling unsettled, unsure and above all, UNCOMFORTABLE.

“Day two, or whatever that middle space is for your own process, is when you’re “in the dark” – the door has closed behind you. You’re too far in to turn around and not close enough to the end to see the light.” Brené Brown

Hearing the hosts talk about their experience of ‘Day Two’ really hit home as that was exactly how I was feeling that day, not quite here nor there. I was listening to someone who was sharing my experience, albeit talking about the ‘murky time’ in their business rather than a move to Spain. It made me feel better. A real ah-ha moment. And it reminded me that I’ve been through ‘Day Two’ before, and I came out of it just fine.

When I first left my job in advertising, I went through a 6-month period thinking “what am I doing?” At the time, reading a book called Working Identity by Herminia Ibarra helped me through. She describes her version of ‘Day Two’, “Allow yourself a transition period in which it is ok to oscillate between holding on and letting go.” She talks about experimenting and trying on ‘possible selves’ as a way to progress through career change, staying fluid and open to opportunities.

For example you’re thinking of leaving your job. You’re experimenting with a side project, or you’re studying or training in something new. Or perhaps you’ve left a job, and recently started a new one. You haven’t quite reached the next stage yet, where you feel like you’ve got a bit of an idea what you’re doing. You’re not sure if it’s going to work out, and it all feels very strange. You’re not sure where this will take you.

Reading Working Identity, it was a real comfort to know that this is a transition lots of other people go through, the feeling won’t last forever and it’s just part of the process. Herminia includes case studies on people who seem really accomplished and successful, and rather than this being intimidating, I found solace in the fact that they too struggled. It helps to realise this, and puts things into perspective.

Throughout my transition period I tried out several different roles: translator, teaching assistant, tutor, and I completed a teaching qualification. I’d thought about which areas of work interested me – education, languages, literature, and found ways to sample working in these areas. These experiences helped me to shed the skin of my previous role, something I’ve come to realise can take a long time. It increased my awareness of what else is out there and different ways in which I could use my skills and experience. When I saw my current role advertised I was in a much more open state of mind, and ready to try something new. Read more here.

What I learned from listening to this podcast:

1. I’m not the only one going through a difficult transition period. Most people will experience something similar at some point, even those you consider to be mega-successful. It’s just a process and it won’t last forever.

2. Don’t always expect to move from A to B smoothly, easily, with no bumps in the road. Things will come up, but you’ll deal with them and move on.

3. Going through ‘Day Two’ is learning process, you will come out of it clearer on where you want to go or who you want to be, and even though it may take time, you will make it through.

As for my move to Spain, there were more bumps in the road, that’s life, but I’ve kept moving forward step by step, and it’s been totally worth it!

I hope this post helps anyone out there feeling like this today – remember it’s just a period of transition and this feeling will not last forever! Please share with someone you think might appreciate reading this.

Photo by Juja Han on Unsplash